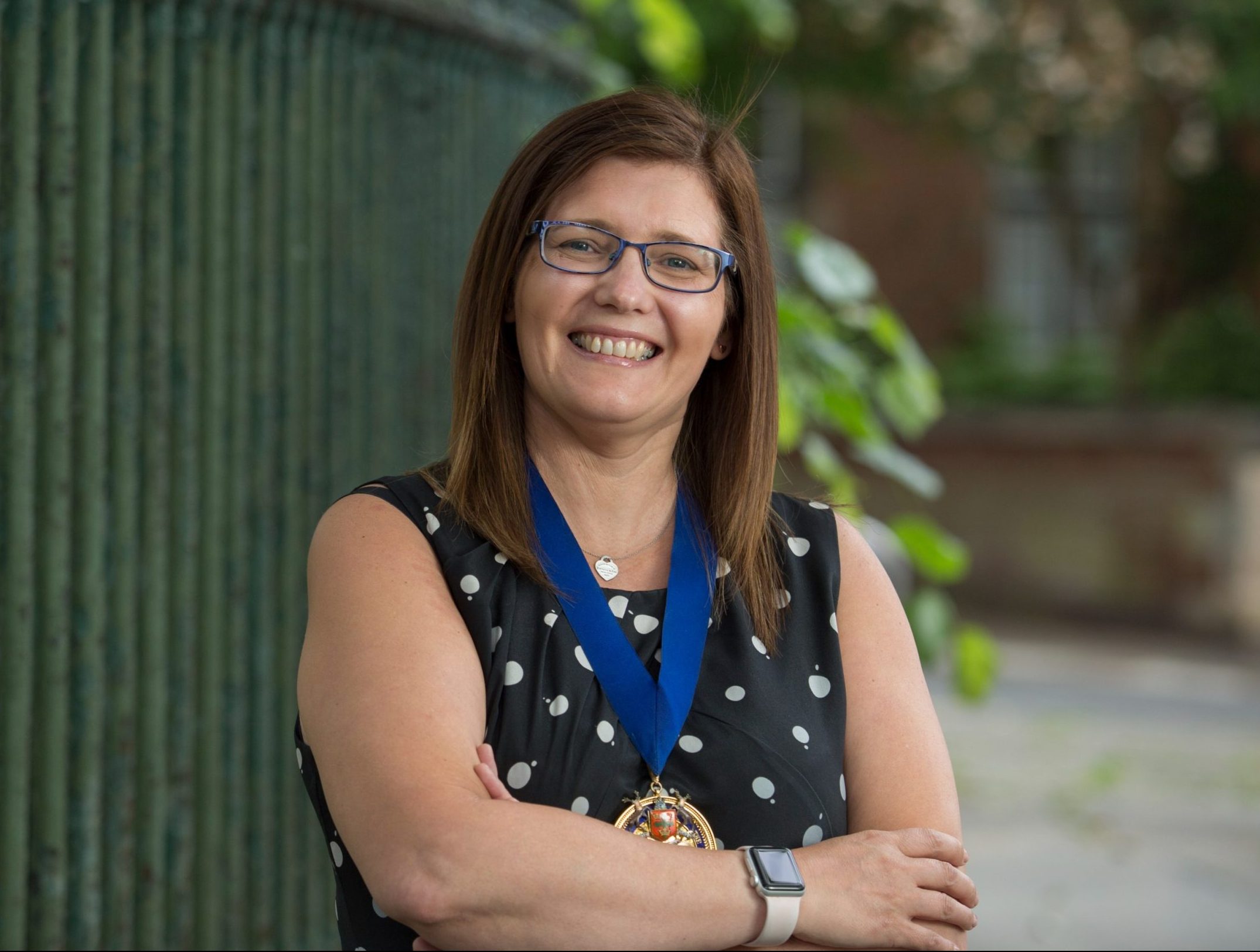 The 140-year-old broker firm, based in Wellington Circus in Nottingham City Centre, has a historic partnership with the NII, with many of its employees on the council throughout the years. Having been part of the Institute for almost 20 years volunteering her time in various roles such as Dinner Secretary, Treasurer, and Deputy President, Joanne was elected as President in 2021.

Now, after a successful 12 months in Presidency, Joanne has been voted-in by the council to uphold the role for another year running. She said: “I feel very honoured to have been chosen to run again as President. The past 12 months have been a whirlwind and I’m so glad I get to do it all over again, working alongside the brilliant council to make a positive change in the insurance industry.”

Joanne joined Russell Scanlan in October 2020, in her role as Commercial Manager she works alongside the management team to oversee the commercial and SME service departments of the business.

In her role as President, Joanne and the council offer career guidance, mentoring, and training courses for those operating in the local insurance industry, as well as organising networking activities and community engagement initiatives.

Reflecting on her first year as President, Joanne said: “It’s been a real eye-opener and undeniably a steep learning curve! There’s a lot more responsibilities that come with being President and on top of that, I took on the role during a time when the world was virtual, which added certain challenges. Nonetheless, it allowed us to find new avenues to communicate and we’re pleased to have continued to provide a full and very successful CPD programme despite such hurdles. I was especially proud to be able deliver our flagship event, InsurED, again in September 21. Normally a face-to-face training day, we were able to rearrange this to be a virtual event while maintaining not only the variety and quality of speakers, but also attendance as well.”

Joanne has already made an impact during her presidency, attracting six new members to the council. With the extra support, the CII has been able to set up a Charity Committee and focus on how they can attract a younger demographic to upcoming events, as part of its plans to engage with more people from outside of the insurance industry.

Joanne added: “We’ve made it our mission to get live events back up and running this year, with lots to celebrate and a whole host of new faces on the council, we’re excited to all meet in person again.”

The NII is set to host its first face-to-face event this summer, the welcome back event gives members a chance to celebrate the NII and local exam results, with a special focus on ‘celebrating women in the insurance industry’, a theme that Joanne plans to continue throughout her second year in presidency.

Sales and Marketing Director, Mike Dickinson said: “Joanne’s really hit the ground running as President, which has made us all at Russell Scanlan incredibly proud. We knew she’d excel in this role, with years of experience in the industry and a strong willingness to help others, she makes the perfect fit. We look forward to supporting her for another year.”