Home » Blog » ARTICLE: Home and Away – What does Brexit mean for Holiday Home Owners?

ARTICLE: Home and Away – What does Brexit mean for Holiday Home Owners? 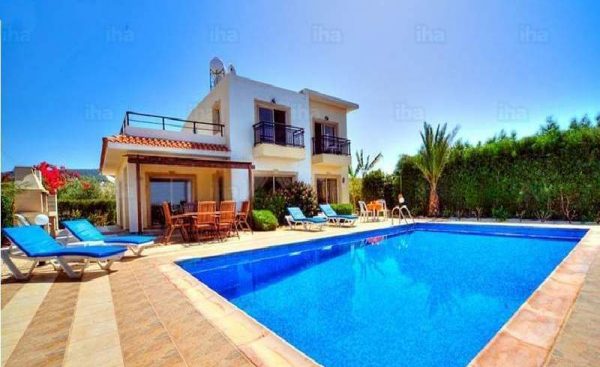 With hundreds of thousands of us jetting away to our European holiday homes this summer, it is hard to believe that the prospect of enjoying our much-needed downtime may be slightly more complicated by this time next year.

In addition to the freedom of movement that we have all become accustomed to for the last four decades, factors such as higher incomes, lower mortgage rates and cheaper travel have each contributed to the fact that there are over 1 million UK holiday home owners in Europe.

However, as the deadline for Brexit looms ever closer, the concept of enjoying our holiday homes as freely as we did before is becoming increasingly unlikely.

So, where do UK holiday home owners stand once Britain leaves the EU on 31st October? Ultimately, there is no definitive answer, only a myriad of theoretical possibilities – all of which depend on whether we leave with or without a deal in place. As it stands, only the rights of British residents living in the EU full-time have been discussed at length, so we’ve compiled a series of FAQs to help you prepare for all manner of outcomes.

How long can I stay in a country with EU membership?

In April this year, the European Council and Parliament proposed that, in the event of a no-deal Brexit, UK nationals visiting the Schengen area for a ‘short stay’ should be granted Visa-free travel – so long as the UK offers the same in return. Short stays are categorised as up to 90 days within a 180-day period, so anything longer than this is likely to require a permit if you are planning on basing yourself in your holiday home for an extended stay.

Regardless of whether there is a deal or not, those who stay for longer periods of time – for instance, those who might live for part of the year in their overseas property for work or leisure – face being subjected to a more restrictive set of rules (the details of which are still unclear). However, even if a deal is agreed upon, there will be no changes as to how UK citizens enter Europe until at least 31 December 2020.

Will I need a Visa/permit?

As aforementioned, it is highly unlikely that Britons will ever require a Visa for short-term stays, thanks to a recent proposal put forward by the European Parliament. This means that they will be able to travel freely with a passport or identity card until the end of the transition period next year. However, from 2021, they will have to pay a €7 (£6.30) charge every three years in order to obtain Visa-free entry to European countries. This means that, while you will not require a Visa, you will have to apply for and purchase another form of documentation known as ETIAS.

While ETIAS [European Travel Information and Authorisation System] will not come into force for another two years, it will be a fundamental requirement for UK nationals whether the country leaves the EU with or without a deal. It is also worth noting that this form of documentation will be compulsory for all 61 non-EU countries who wish to enter European territory for business, tourism, medical or transit-related reasons for up to 90 days.

Will my buildings/contents cover be affected?

Currently, there is little to no information known on whether or not buildings or contents cover for your overseas property will be impacted post-Brexit. However, what we can say for sure is that import and export taxes will definitely rise after the deadline, and therefore it is highly likely that the costs of builds/rebuilds, repairs and maintenance – coupled with a surge in demand from overseas markets – will increase too. Whatever the final outcome, it is highly recommended that you continue to check and review your building and contents cover on a regular basis for any changes to terms, conditions and rates.

Will I still be able to drive in the EU post-Brexit?

On the basis that the UK leaves the European Union without a deal on 31 October, you may be required to obtain additional documentation in order to continue driving in Europe. In the case of a no-deal Brexit, drivers will likely need to purchase an International Driving Permit as a supplement to a UK licence.

The type of licence you buy will differ depending on the EU country you will be travelling in; you will need a 1949 IDP if you are travelling to Ireland, Malta, Spain or Cyprus, and a 1968 IDP for all other EU states. The 1949 IDP will be valid for 12 months, while the 1968 IDP will be valid for three years, and each will cost £5.50. If you are travelling through other European countries to get to your final destination (such as to Spain via France), you will need to purchase both versions.

In addition to an International Driving Permit, many insurers have strongly advised that UK nationals wishing to drive in the EU also apply for a Green Card (an international certificate of insurance). While European Insurance authorities have so far not made a decision on whether or not British drivers will need a Green Card in the event of a no-deal Brexit, this piece of documentation will ensure that the motorist has the appropriate third-party motor cover to travel within Europe, and should therefore be obtained whatever the outcome of the exit deadline.

I employ European workers to maintain my property. What will happen to employment legislation once Britain leaves the EU?

So far, nothing has been set in stone in terms of what will happen to employment legislation after 31st October, and the long-term impact as to the future of EU workers therefore remains unclear. For the time being, British employers should continue to employ European workers as normal, as long as they adhere to the proper Right to Work checks currently stipulated by the Home Office.

Despite speculation that existing EU employment regulations such as anti-discrimination, a maximum 48-hour working week and paid holidays will no longer be effective once the Brexit deadline has passed, the British Government has promised that, as these regulations have come into force via European legislation, these will continue to remain in place after 31st October unless otherwise amended.

I’m thinking of buying European property after the exit deadline. How will this affect me?

While it is generally advised that British nationals try and purchase European property up to the end of the transition deadline in order to retain their EU rights, the reality is that this is not always financially possible. However, once the UK leaves the European Union, British residents looking to own a property in Europe are likely to expect the same rights and policies as non-European residents in terms of the application and purchasing process. It could be that non-EU residents will face regulations similar to those within countries such as Australia and the United States, where applicants are required to apply for a Visa in order to claim residency.

Although Britain’s decision to leave the EU back in 2016 greatly impacted the value of the pound, countries such as Spain have seen continuous growth in the number of British residents purchasing a holiday home. This goes to show that Britons are not being put off by their country’s imminent departure from the European Union, and that it will take more than political uncertainty to prevent them from continuing to purchase overseas property.