Home » Blog » What will be the legacy of the Ever Given Suez Canal crisis for cargo policyholders?

What will be the legacy of the Ever Given Suez Canal crisis for cargo policyholders? 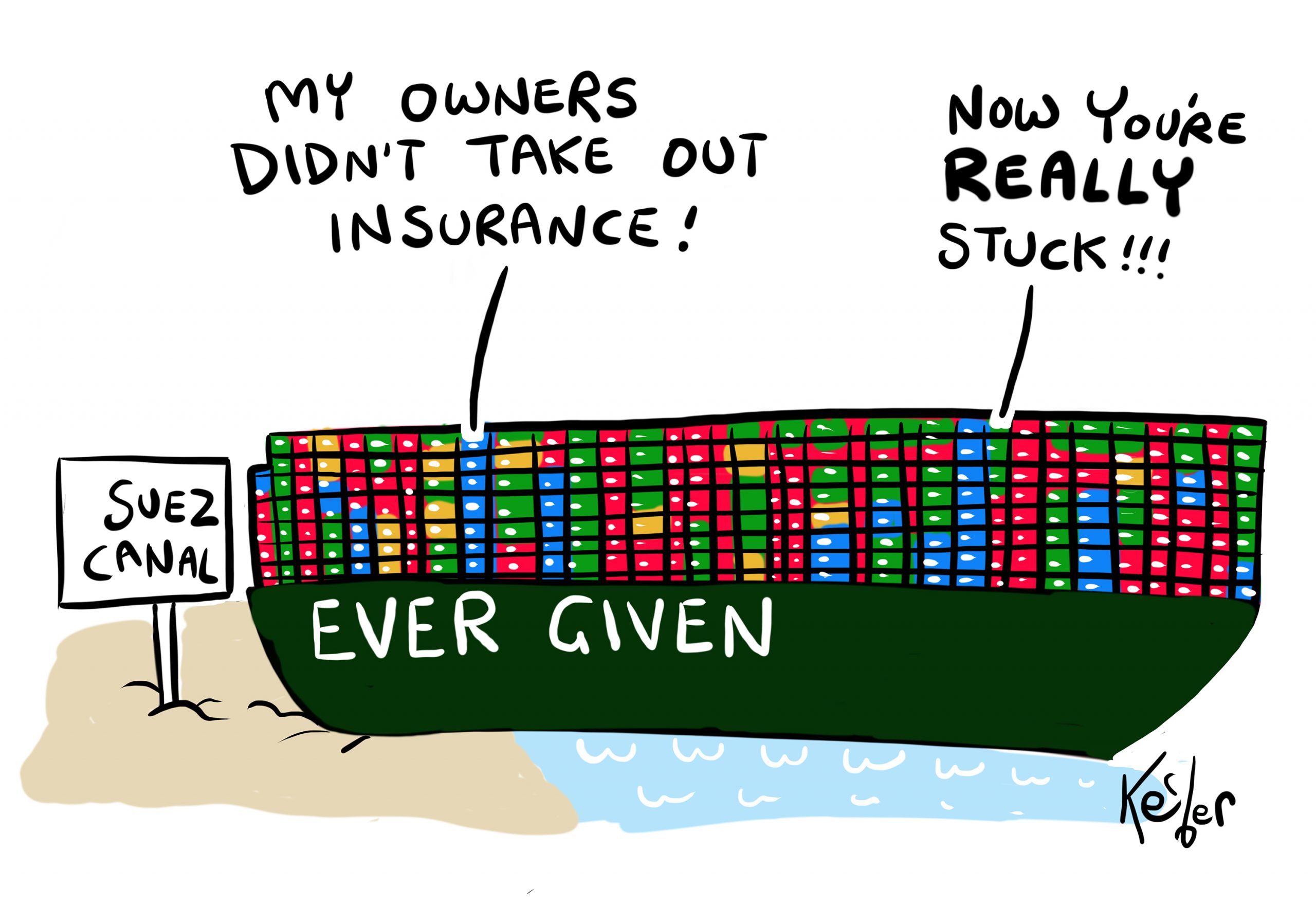 When the 220,000-ton Ever Given blocked the Suez Canal, traffic on the central shipping route between Europe and Asia was brought to a standstill for almost a week – and highlighted, in the full glare of the world’s media, how quickly global supply chains can be disrupted by just one single event. As the aftermath continues to unfold, our Director of Claims, Steve Wright, outlines the ongoing implications of the incident and what this means for those with goods on board.

On Tuesday 23rd March, the container ship, Ever Given, ran aground in the Suez Canal. At nearly a quarter of a mile long, the vessel completely blocked one of the world’s busiest and most vital shipping lanes. With an estimated GBP7bn worth of goods on board delayed, unsurprisingly the incident created a major disruption to global supply chains. Although the image of the ship wedged in the canal (and its subsequent release) has now left the mainstream news, the situation did bring into sharp focus the issues and the liabilities of those with goods held on the ship.

What is General Average?

At the time of the incident, General Average was declared. This means that cargo owners who have goods on board the ship may have been asked to sign a General Average Guarantee, which is normally covered under the terms of the Institute Cargo Clauses.

General Average is a legal principle of Maritime Law, it stems way back to the 1890s and despite its heritage, is still one of the most established and widely recognised laws in relation to shipping. When declared, all parties involved in a particular voyage are required to proportionally share the losses, which are resulted from a major loss or sacrifice of cargo.

What did this mean for the cargo owners?

Essentially, the cargo is held to ransom until the owner of the vessel gets enough guarantees to pay for the cost to re-float the ship. So, for those with goods on board, they would be liable for a proportional amount of that cost, even if the goods are of minor value.

Those with cargo would have received a letter from their shipping company outlining the process of General Average, but if not and had a policy in place, then the advice would be to get in touch with your marine transit insurance company for them to start investigating – even though goods may not be damaged.

Of course, an added complication arises where containers on the ship could be linked to multiple cargo owners.

Undoubtedly, for those facing major losses as a result of what happened with the Ever Given, and the other 300 plus ships held up as a result, there could be years of litigation ahead. There will not be a quick fix end for many but for those with the right cover in place, their interests have been protected and recompense can be calculated.

The real legacy of the situation could be where cargo owners will look for new ways to fast track and simplify the claims process for the future – and certainly the starting point is always to seek out the best advice.

If you have any questions regarding the Ever Given incident and insurance support, please email Steve Wright, Claims Director at: steve.wright@russellscanlan.com.