Home » Blog » Why is Terrorism Insurance So Important?

Why is Terrorism Insurance So Important? 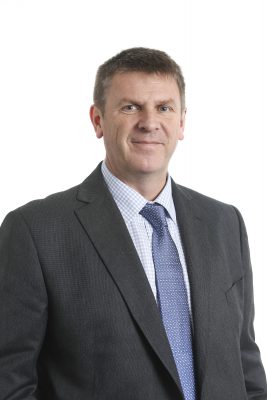 Recent changes in legislation makes it easier for SMEs to cover losses incurred as a result of a terrorist attack; but Bryan Banbury, our Managing Director, says business owners still aren’t taking the steps needed to safeguard the future of their business with less than 3% of SMEs insuring against a terrorist attack.

It’s been almost two years since the horrific terror attacks in Manchester and London Bridge which claimed 30 lives. In the weeks and months that followed, the gap in insurance coverage became increasingly evident. Small and medium sized businesses were shown to be particularly vulnerable with several caught behind police cordons or experiencing a reduction in footfall following the events. They suffered significant, and in some cases crippling business interruption losses for which they could not be compensated, either because they had not purchased terrorism insurance, or because the cover excluded business interruption if their premises had not been damaged.

With more events involving the use of handheld weapons and vehicles to cause human casualties; businesses do not always have to be the direct target to be financially impacted by an event. Personal injury, potential liability claims from staff or customers, and indirect effects on their business, such as a decline in visitors or customers are also critical issues.

Whilst the evolving nature of terrorism incidents brings a whole new set of risks and exposures, the good news is that insurers are now better equipped to address this. Earlier this year, amendments made to the Counter-Terrorism and Border Security Bill 2018 allows insurers to cover losses incurred if a business cannot trade or is prevented from accessing its premises in the wake of a terrorist attack.

Despite it now being more accessible and cost effective than ever, less than 3% of SMEs purchase any form of terrorism insurance. When most businesses think about the type of insurance cover they need, protection against an act of terrorism isn’t high on the list. Many think it’s not something that will ever apply to them, while others wrongly assume that any damage to their business would be covered on their standard policy in the event of an attack. Both of which mean the business is highly vulnerable should the worst happen.

Some consider that it is more beneficial to save the additional premium needed to buy terrorism cover, but it seems illogical to buy cover for natural perils while leaving themselves open to something that is able to constantly change and is ultimately created to cause harm and disruption. Plus by using a specialist provider, premiums are often a lot lower and more cost effective than expected. Given the unpredictability of terrorism, combined with its constant evolution, a business that does not buy terrorism insurance is vulnerable and that vulnerability will only increase over time as terrorist methods evolve.

Whilst the devastating effects of terrorism will still cause huge upset and trauma to victims, changes in terrorism insurance offers some much-needed protection for vulnerable business owners in the aftermath of an attack. What’s important, is that in today’s ever changing environment, business owners ensure they are suitably covered against all possible impacts on their business.

For more information on terrorism insurance, get in touch with our team.