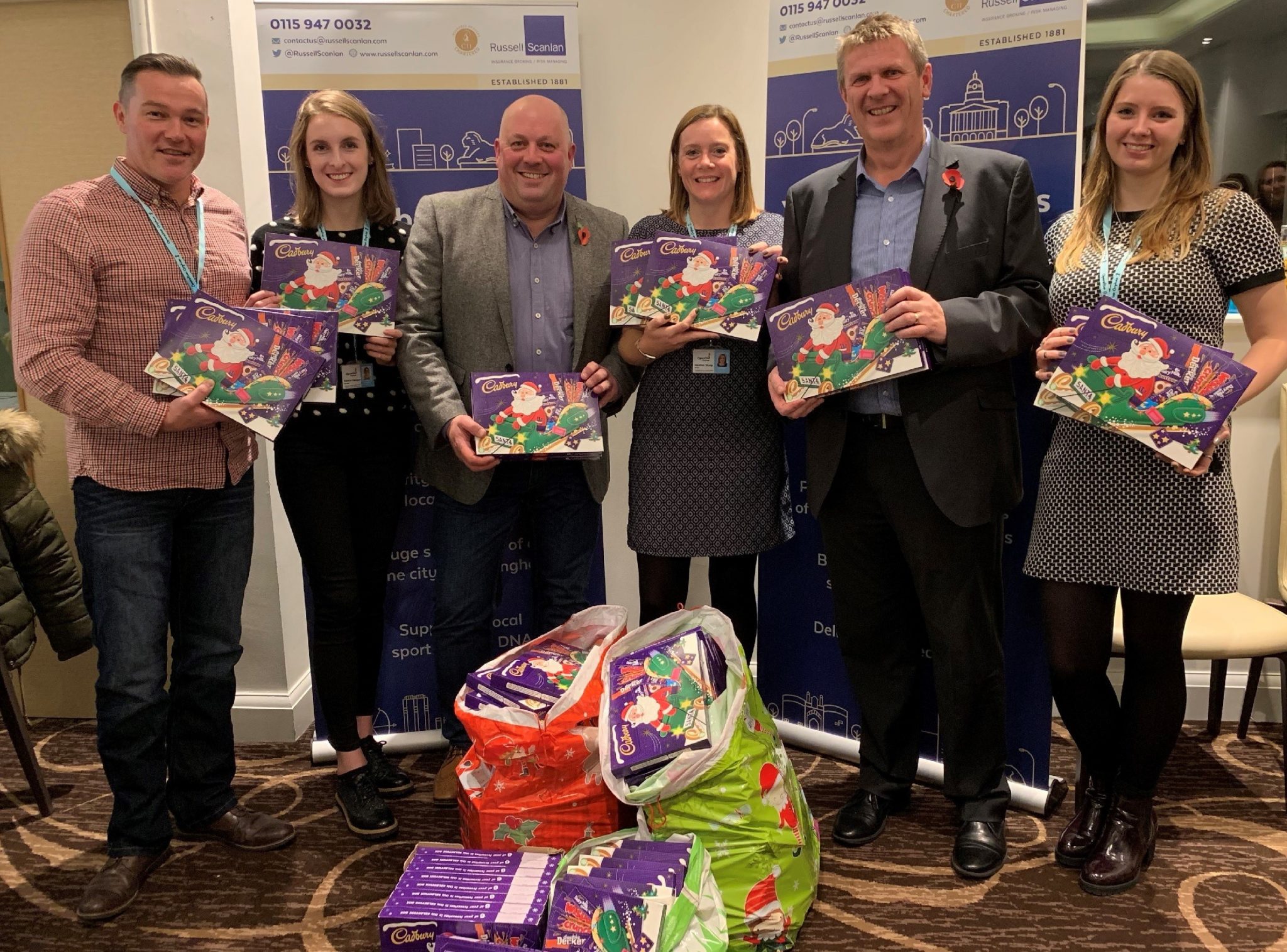 We’re delighted to announce we raised a whopping £1,790 at our Annual Charity Quiz Night in aid of Forget-Me-Notts, Operation Orphan’s UK based project to help vulnerable children across the East Midlands.

Fourteen businesses put their general knowledge to the test at the quiz, which took place at Trent Bridge Cricket Ground and included a pie and chips supper. As well as raising money through tickets and a bottle tombola, the keen quizzers also bought an impressive 91 chocolate selection boxes to be gifted to children this Christmas.

Our Managing Director, Bryan Banbury, said: “The quiz was a great success and we were delighted to see so many friends, colleagues and business associates come together and battle it out for such a worthwhile cause. We were overwhelmed by the number of selection boxes donated on the night and we’d like to thank everyone for their generosity.

“The Forget-Me-Notts project is a cause very close to our hearts and it was an honour to have a team from the charity come along and take part. Supporting local organisations is a cause we’re passionate about and I’m delighted that our quiz will enable Forget-Me-Notts to provide more support for vulnerable children in the Midlands.”

Brad Moore, Managing Director of Operation Orphan, said: “Our team thoroughly enjoyed a well organised and fun-filled evening at the Russell Scanlan annual charity quiz. I’d like to say a massive thank you to the team at Russell Scanlan, and all their partners and clients, who have given so generously. Every penny will be used to strengthen the care structure of our most vulnerable children here in the East Midlands.”