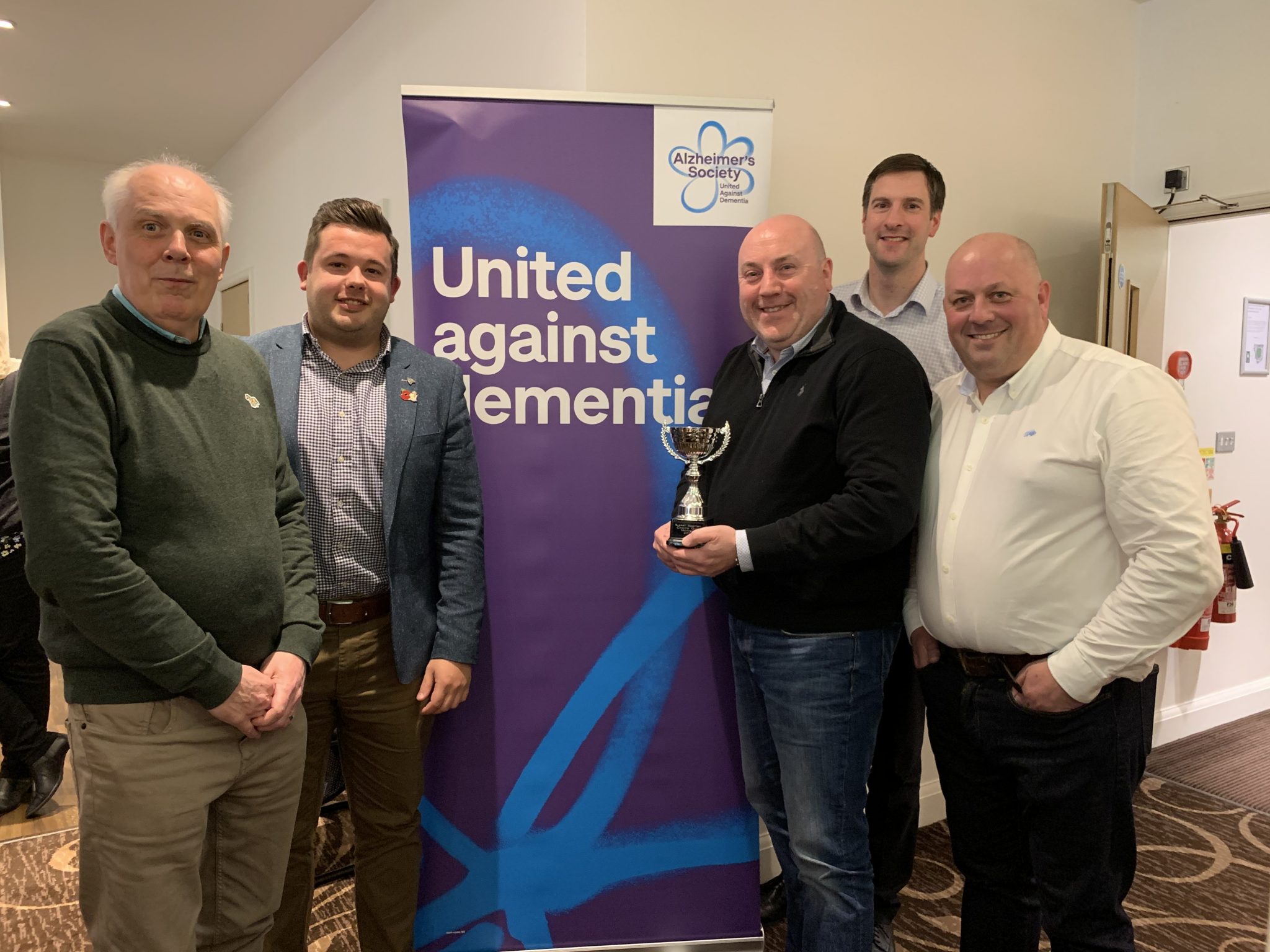 Nottingham’s largest insurance broker, Russell Scanlan, has raised an impressive £2,611 at their Annual Charity Quiz Night in aid of the Alzheimer’s Society, the UK’s leading dementia support and research charity.

Twenty-one businesses put their knowledge to the test for the evening at Trent Bridge, a record attendance for the yearly event. The keen quizzers bought tickets for the bottle tombola throughout the evening and tucked into a pie and chips supper.

All money raised will go to the Alzheimer’s Society, Russell Scanlan’s Charity of The Year. Research helps to fund life saving research and support for those living with or being affected by dementia.

Mike Dickinson, Sales and Marketing Director at Russell Scanlan, said: “The quiz was a great success and we were delighted to see a record number of teams come together and battle it out for such a worthwhile cause. We’d like to thank everyone who came and took part in the quiz and those who kindly donated bottles for the tombola.

“Raising money for good causes is something we care very much about at Russell Scanlan. This year, we wanted to continue to support a charity which makes a significant difference to our community and the Alzheimer’s Society provides a vital service for people affected by dementia in Nottinghamshire and the surrounding area, as well as across the UK as a whole.”

Olly Larkin, Community Fundraiser for the East Midlands at Alzheimers Society attended the evening to represent the charity and take part with a team of colleagues. He said: “It was an absolute pleasure representing Alzheimer’s Society at the Russell Scanlan Charity Quiz. With such a brilliant amount raised on the evening, this will go on to help all those affected by dementia. Thank you to everyone at Russell Scanlan for being such a generous partner this year.”

Russell Scanlan has been committed to supporting local organisations and charities over its 138-year history in Nottingham and has recently raised funds for Forget-Me-Notts, My Sight Notts, The Nottingham Stroke Club and Linden Lodge Neurological Rehabilitation Unit.