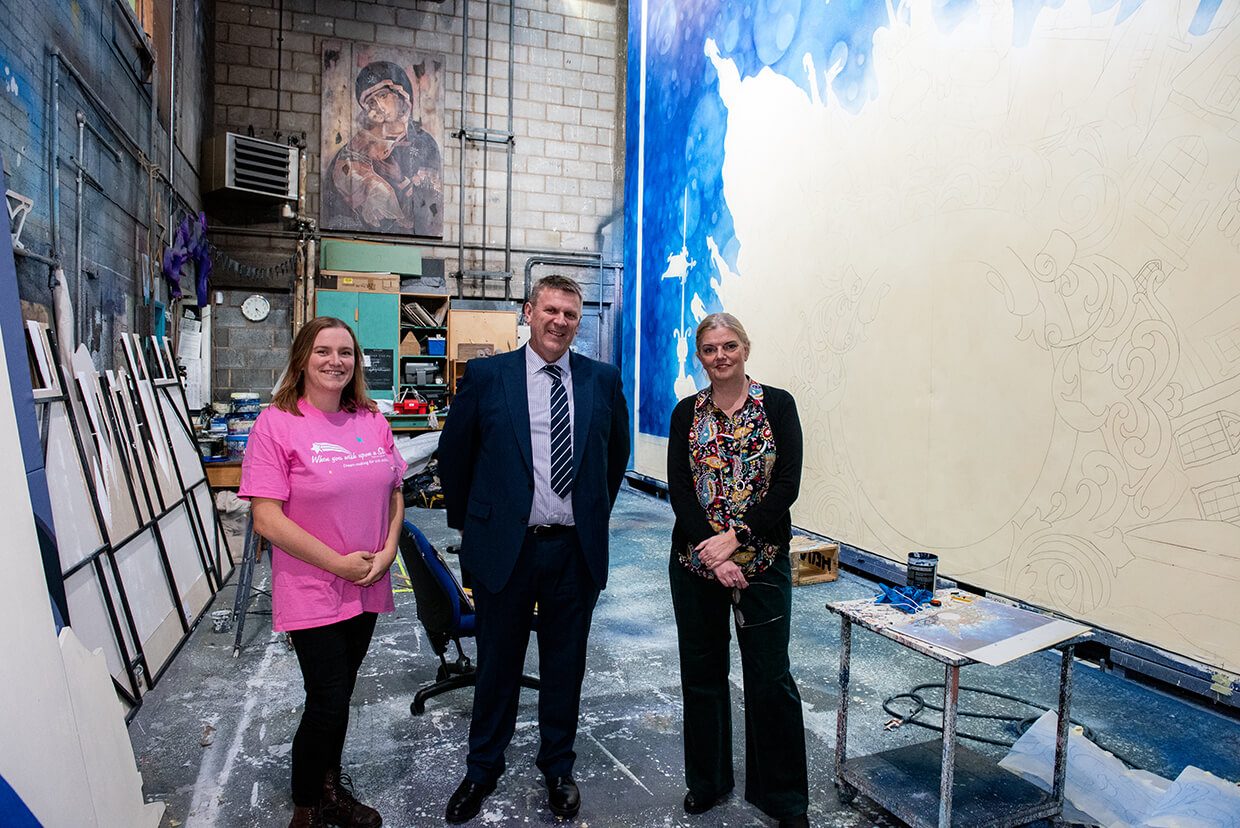 Nottingham based insurance broker, Russell Scanlan has renewed its long-standing sponsorship with Nottingham Playhouse, for the 20th year running.

Based at Wellington Circus in the city centre, the 140-year-old leading insurance broker continues to build strong bonds with this important regional theatre, which the firm has sponsored since 2002.

Nottingham Playhouse is internationally recognised for its often ground-breaking and world-class productions as well as the environment it provides for artist development. But it also has a reputation for its community support and outreach programmes that are particularly respected locally and regionally – and corporate sponsors play a valuable role in ensuring that these activities remain viable and available.

Russell Scanlan has also decided to gift tickets, that make up part of its sponsorship deal, to local charities for them to share with the families that they support. VIP Pantomime tickets have been donated to two Nottingham based charities, When You Wish Upon A Star, and Forget Me Notts.

When You Wish Upon A Star, which was founded in 1990, is a Nottingham charity with a simple mission, to grant the wishes of children living with life threatening illnesses. Also, a client of Russell Scanlan, the charity has granted over 18,500 wishes to children all over the UK.

Forget Me Notts, which is a UK-based project, focuses on empowering local people and businesses to support their social care system in meeting the practical emergency needs of the most vulnerable children in their local community.

The two charities will experience the magic of pantomime with the full VIP experience, with the chance to meet the stars of the show backstage.

Bryan Banbury, Managing Director at Russell Scanlan, said: “We’re thrilled to be renewing our long-standing sponsorship with the Playhouse, and what better way to celebrate than by donating our tickets to two charities very close to our hearts.

“Having partnered with The Playhouse for 20 years, we are so pleased to continue supporting them in the astounding work that they do, especially during such hard times for the performing arts sector. We look forward to all that The Playhouse will bring us in 2023.”

Tickets for this year’s live performances of Dick Whittington, which runs until Saturday 14 January, are on sale now.