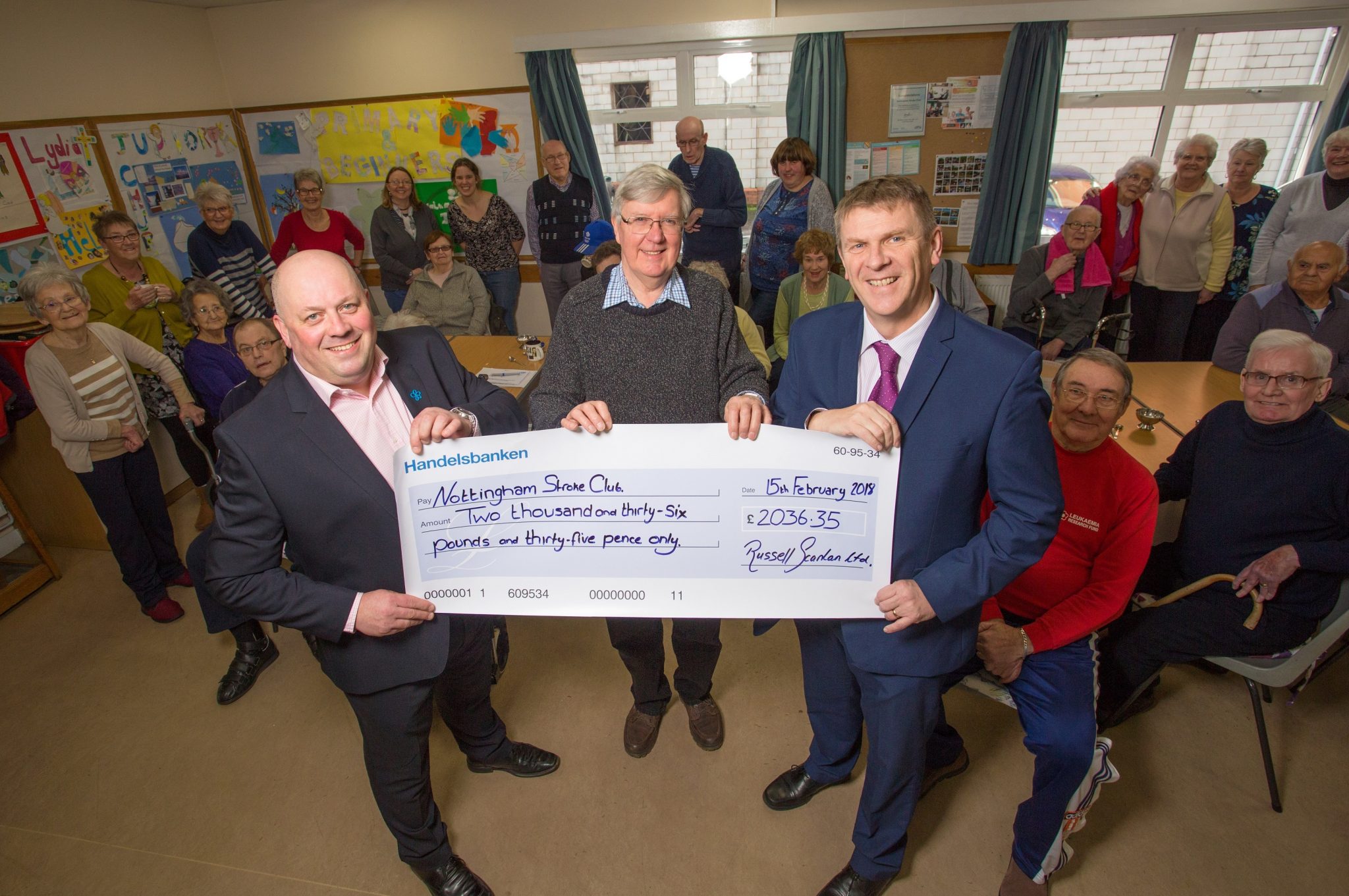 The team recently presented a grand total of over £2,000 to our chosen charity of 2017, The Nottingham Stroke Club, a charity affiliated with the National Stroke Association.

The charity, based at Goldsmith Street, is the city’s leading support group for those who have suffered from a stroke and is a cause very close to our hearts.

The club currently receives no direct fundraising and relies upon the goodwill of local organisations and volunteers to help run the group’s weekly meetings. Russell Scanlan’s donation will contribute to the member’s annual trip to Wales.

We’ve worked hard to raise the funds throughout 2017 with events such as our famous charity quiz at Trent Bridge, which saw over 15 local businesses come together to put their general knowledge to the test in aid of the Nottingham Stroke Club.

Bob Logan, Chairman of the Nottingham Stroke Club said: “We are delighted and so grateful to Russell Scanlan for the total raised for our group. We have been honoured to be their nominated charity for the past year. Our Stroke Club gives the people of Nottingham who have suffered a stroke somewhere to share their experiences and talk to others who understand – helping to rebuild confidence which may have been lost. The money raised by Russell Scanlan will make a huge difference to these important services and the levels of support we can provide – from rehabilitation exercises and day trips to just a friendly face to talk to.”