Russell Scanlan selects YoungMinds as Charity of the Year 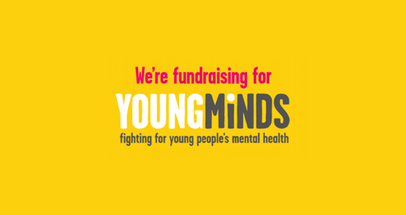 Nottingham-based independent insurance broker, Russell Scanlan, has announced its charity of the year for 2022 is YoungMinds, a leading charity fighting for children and young people’s mental health.

The Russell Scanlan team will focus its considerable fundraising efforts for the year ahead on the charity, which provides young people with the tools to look after their mental health and ensure they get the support they need, when they need it.

According to the NHS, in July 2020, 1 in 6 children aged 5 to 16 were identified as having a probable mental health problem, and 80% of young people agreed that Covid-19 has had a negative effect on their mental health. Despite such shocking statistics, this provides only a glimpse into the ongoing issues young people currently face. Yet with regular funding YoungMinds aims to empower adults to be the best support they can be for the young people in their lives and stop the emerging mental health need turning to a crisis.

Having experienced first-hand the impact of mental health, the Russell Scanlan team is determined to smash its target of £2000 for the charity.

Bryan Banbury, Russell Scanlan’s Managing Director, said: “Choosing a charity each year to support, with both donations and raising awareness, is something we care very much about at Russell Scanlan. Following the impact of the pandemic and first-hand experience within the team, it meant that selecting to support YoungMinds in the year ahead was a natural choice for us.

As an example, it costs just £150 to ensure 10 helpline volunteers are at the end of the phone to provide information and support to distressed parents. The entire team will be committed to raising as much money as possible throughout 2022 for this incredible cause which provides vital support right now.”

Michelle Kerrigan, Development Manager at YoungMinds, added: “We’re incredibly grateful that Russell Scanlan has chosen YoungMinds to be their charity partner for 2022. The money raised is needed now more than ever in our fight for the mental health of children and young people across the UK.”

Russell Scanlan has been committed to supporting local organisations and charities over its 141-year history in Nottingham and has recently raised £6000 for its 2020/21 charity of the year, Macmillan Cancer Support.