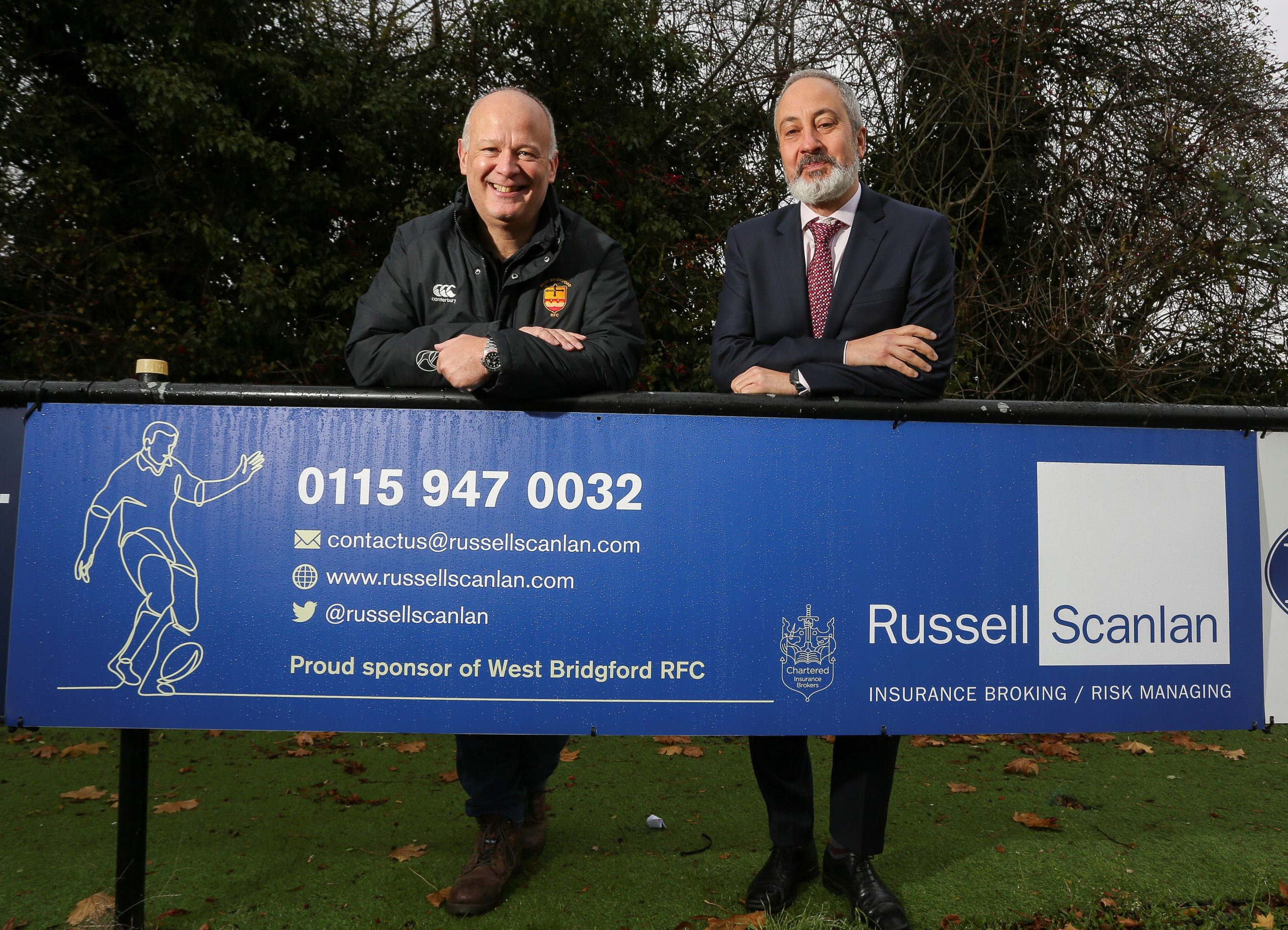 The sponsorship follows Russell Scanlan’s focus on supporting the local sporting clubs, groups and teams that provide essential services to the communities of Nottingham and the wider region.

Founded in 1881, Russell Scanlan is celebrating its 140th birthday this year, and with it is finding additional ways to boost the services in the area it has called home for many decades.

Ian Marriott, Board Director at WBRFC, said: “Long established local businesses, such as Russell Scanlan, that step forward to show their support for community-based sporting clubs and associations, such as WBRFC, are vital.

“Their sponsorship not only provides a boost in funds but also creates a new and long-term partnership that help build awareness of both brands and supports all that we do here – from junior to senior level. We look forward to Simon and the team at Russell Scanlan being a part of the future of the club.”

Simon Winiarski, Director at Russell Scanlan and supporter of the club, said: “We could not have been more delighted to be contacted for our backing. We were more than happy to support such a longstanding and successful team which we also have personal ties to as a business with children playing on the teams.

“Russell Scanlan has a very long history of supporting great local charities and sporting organisations that engage with our local communities and provide services that can have a real impact. We do hope that this marks another long-term partnership in the making.”

WBRFC, originally founded in 1939 and renamed in 1971, has become one of the ‘go to clubs’ in the region, as the only team within Nottinghamshire competing in Midlands 1 East.

Russell Scanlan has been based in Nottingham since its foundation in 1881 and has a reputation to match its longevity and is highly regarded in the insurance sector. The firm also holds chartered status, one of only a handful of brokers in the East Midlands to do so. Contact us today to find out more and talk to us about how we can help corporate and small business insurance needs.

To find out more about the charities we support and the local sporting clubs, groups and teams we sponsor, click here.